Your Path to Entrepreneurship

The Dairy Farm Company, Limited is a company that Hongkongers have grown up with that has held the operating rights for 7-Eleven in Hong Kong for almost 40 years.

We have always welcomed aspiring entrepreneurs to join as franchisees to grow the business together. 7-Eleven has set up a comprehensive franchise model providing access to a highly experienced team that offers franchisees support in many aspects including store operations training, consultancy services, financial processing, logistics management and marketing. We warmly invite you to join as a 7-Eleven franchisee and start your entrepreneurial journey!

After becoming a franchisee, you will be able to:​

✓ Select a fully renovated and equipped operational store that is ready for business
✓ Start your business cost-effectively, since the inventory deposit can be returned on expiration of the contract
✓ Enjoy complimentary in-store operational training
✓ Manage multiple stores simultaneously
✓ Receive operational advice from a team of professionals
✓ Have around the clock access to a data analytics system to help improve your business
✓ Receive a high level of marketing support

In addition, we conduct regular franchise seminars to help those who are inter-ested in starting their own business and joining us to deepen their understand-ing of franchising.

· How many years has the longest established franchisee been working with us?
A: More than 34 years

· What has been the shortest time taken to grow a franchise from one sin-gle store to two?
A: 6 months

· What is the highest number of stores currently run by one existing fran-chisee?
A: A total of 12 stores

· How old is our youngest franchisee?
A: Only 20 years old ​ 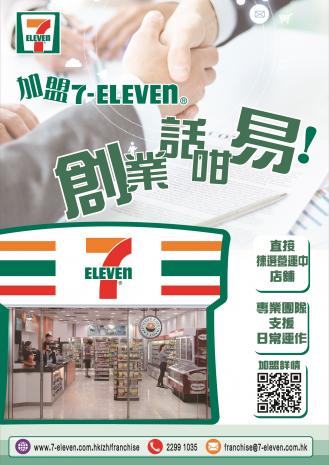 Bringing out the best in oneself

Seven years ago, Ah Kek was a store manager at a major supermarket chain in Hong Kong. He’d always thought about running his own business. Even with 15 years of retail experience including store operations, inventory management and staff training under his belt, he wondered how he could leverage this expertise and further develop professionally. Would he find it easy to give up his current stable and familiar working environment to start his own business and work for himself? He had the same pressures and concerns as we all would do.

After an introduction from an ex-colleague and attending a 7-Eleven franchising seminar, he then came to know about 7-Eleven’s solid reputation, popular brand image, well-established operations and systems, as well as the abundant support available from an experienced team. This filled him with the confidence to embark on his entrepreneurial journey and persuaded him that joining as a 7-Eleven franchisee was a safer option compared to other industries.

He joined the 7-Eleven franchisee scheme in 2013. He completed his in-store training in November of the same year and started his franchise business with a store on a housing estate in Ho Man Tin. After stabilising the running of the store and seeing his monthly income starting to rise, Ah Kek then achieved another milestone in his life. He married his long-term girlfriend in 2014 and they had a precious little girl the following year.

Providing a good life for his young family now became the driving force behind his determination to advance his career. To grow his franchise business, he took over his second and third stores in 2016 and 2017 respectively. He expanded into the Mong Kok neighbourhood, taking over a further two stores in one day!

He now operates a grand total of five franchise stores – the result of his strong work ethic and being fully dedicated and involved in the daily operations of his stores. He continues to recruit and train his team members and is always on the lookout to grow his business. He’s certainly well on his way to achieve yet another peak in his career!

Ah Kek is very grateful to be able to not only grow professionally but also fulfil his life goals, side by side with 7-Eleven. Running a 7-Eleven franchise is something he can definitely see himself doing for the rest of his career! 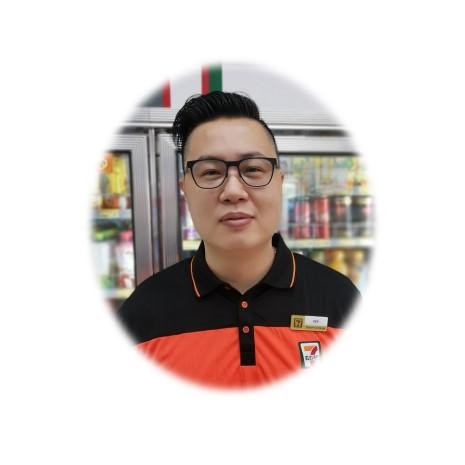 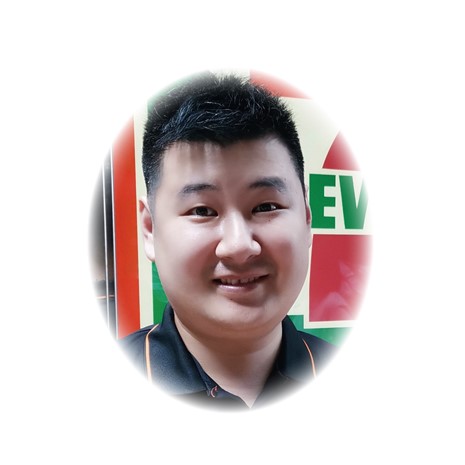 
Fu Ho had worked in many different industries from transportation, selling stationery to fast food restaurants. However, he’d never been able to find the right career path and his monthly income was very limited. That was until 2011 when Fu Ho was referred by a friend and started working as a Store Assistant, at a 7-Eleven franchise store on Wyndham Street. He discovered that he really enjoyed meeting the different types of customers that he encountered every day. In addition, when he was put in charge of running the store, he felt a great sense of achievement undertaking challenging duties such as training new hires and growing the business.

After gaining several years of operational experience, the idea of becoming his own boss was planted in his mind. However, he felt that he lacked commercial experience; he was afraid of starting from scratch and wary of the financial pressures of going into business on his own, so he was hesitant to make a move. Then in 2014, with the encouragement and support of his then employer who was a franchisee, and his friends and family, he decided to take that first step. After gaining some understanding, he discovered that 7-Eleven had a comprehensive recruitment process, which helped those starting up to select suitable pilot stores from existing stores, which greatly reduced the financial burden of store fit-outs. In October of the same year, he finally applied and successfully joined 7-Eleven in April of the following year, operating his first franchise store in Central. In December last year, he took it to the next level taking over his second franchise store in Lan Kwai Fong. At present, he is actively preparing to take on his third store!

Fu Ho was extremely happy to start his own business under the leadership of 7-Eleven, which opened the door to a wonderful career!


As a child, Ka Ho would go every day after school to 7-Eleven to buy snacks such as sweets, curry fish balls or add value to his Octopus card. He would sometimes also accompany his mother to 7-Eleven to pay the bills.

Ever since then, he had been curious about how such a small 7-Eleven store could fulfill so many customers’ daily necessities. Driven by this desire to find out, after completing Form 5 in secondary school, Ka Ho worked as a part-time Store Assistant nearby his home at the 7-Eleven franchise store in Hung Shui Kiu, Yuen Long. He was quickly given a full-time position due to his hard work and good attitude. Later, he was promoted to Store Manager by the then franchisee to help manage one of his stores.

After five years, he made it his career goal to operate his own franchise 7-Eleven store. However, since the Hung Shui Kiu store was already managed by a franchisee at the time, he was worried that there were not many stores available. So, even with the support of all those around him, he did not dare make his move. However, he later found out that he could take over a company-operated store as a franchisee. No longer worried about finding a store to run, he officially applied to join as a franchisee in October 2014. After completing a 10-week training course, he successfully took over a company-operated store in Yuen Long in March 2015. Due to his past practical experience, he successfully got the business back on track in a short period of time leading a motivated team with marketing support from 7-Eleven. Besides increasing profitability, maintaining a good relationship with customers gives him immense satisfaction!

Ka Ho was very lucky to have chosen the right entrepreneurial path and has now made his childhood dream job a reality. In 2020, he took the next step adding a second store to his franchise business. 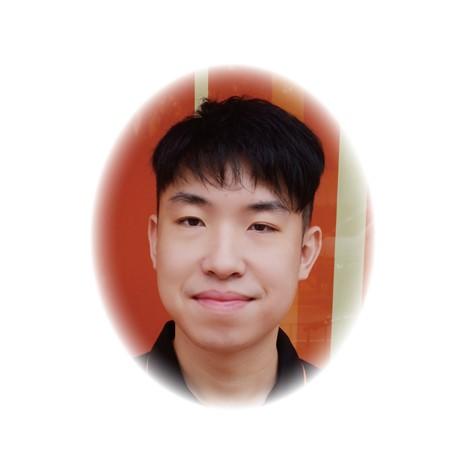